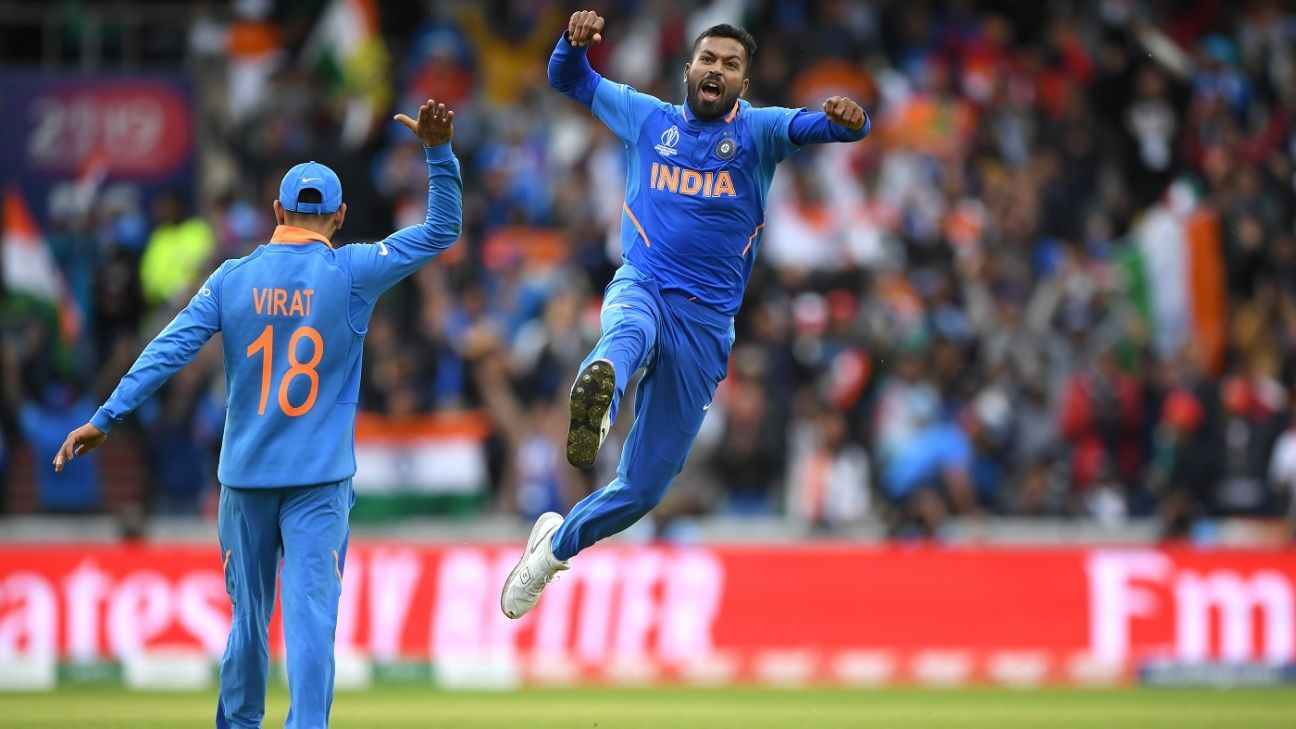 Hardik Pandya, Bhuvneshwar Kumar and Shikhar Dhawan have returned to India’s ODI squad for the upcoming home series against South Africa, after recovering from their respective injuries. Rohit Sharma, who had sustained a calf injury in New Zealand last month, was not part of the 15-man squad.

India left out Kedar Jadhav, who will turn 35 later this month, Shivam Dube, Shardul Thakur, Mohammed Shami and Mayank Agarwal from the ODI squad that toured New Zealand recently and lost 3-0. India had opened with debutants Prithvi Shaw and Agarwal in those games, and with the return of Dhawan, they retained Shaw as Agarwal was Sharma’s replacement for the ODIs and had scored just 36 runs in the series compared to Shaw’s 84. The squad also saw the return of Shubman Gill, who made his ODI debut a year ago in New Zealand.

Pandya last played an international game in September before undergoing a back surgery, while Dhawan had suffered a shoulder injury during the ODIs against Australia in January. Kumar was sidelined by sports hernia last year. Pandya was in line to return during the New Zealand tour but he was pulled out of the A tour for three one-dayers as his rehab was taking “longer than expected”, as the BCCI had said at the time.

He then spent time at the National Cricket Academy in Bengaluru and proved his fitness in the DY Patil T20 tournament, an invitational event, with scores of 46, 105, 38 and 158*. His return meant there was no place for Dube, who played only one ODI, against West Indies in December, in Pandya’s absence.

While it is possible that Shami has been rested after a blow to his shoulder during the second Test in New Zealand, Thakur lost his place to Kumar after leaking 227 runs at an economy rate of 8.05 in the ODIs in New Zealand. Navdeep Saini retained his place and will complete the pace attack with Kumar and Jasprit Bumrah.

Jadhav’s place had been questioned recently as he will be nearly 38 by the next World Cup and his part-time bowling had also not been used much recently; he has bowled only one over in his last five ODIs.

This was the first squad the partially new selection panel – with Sunil Joshi as chairman in place of MSK Prasad, and Harvinder Singh replacing Gagan Khoda – has picked.

The ODI series will begin on March 12 in Dharamsala before moving to Lucknow for the second game on March 15 and the third in Kolkata on March 18.

Last two ODIs of India-South Africa series to be played behind...